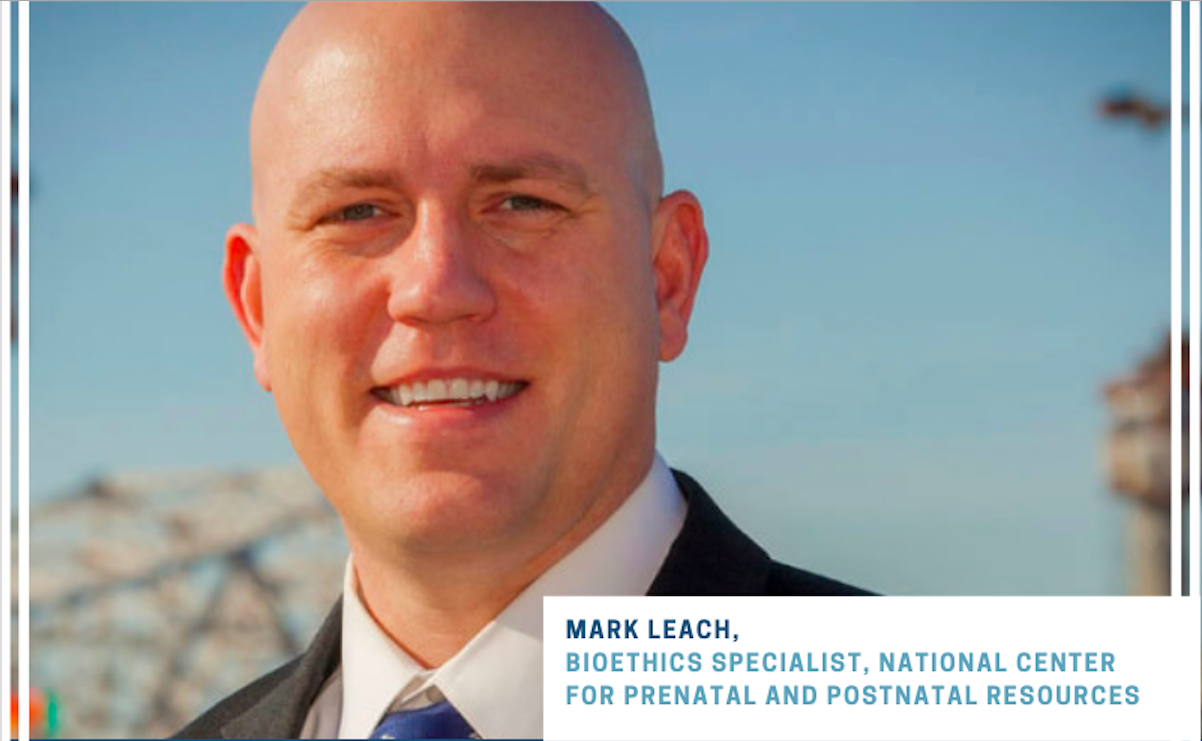 Being university-based, HDI has a credibility with policymakers and elected officials that is needed. So often, much of the work done on behalf of those with disabilities is by non-profits, which unfairly are not given the same amount of respect. HDI’s gravitas helps ensure the significance of programs that include those with disabilities is understood and maintained with those in positions of influence. —Mark Leach, Bioethics Specialist, HDI National Center for Prenatal and Postnatal Resources

I learned about Harold Kleinert and his team’s work on Brighter Tomorrows and when they updated the website, he interviewed me as part of a video series on the importance of deliverying a Down syndrome diagnosis compassionately from a parent’s perspective.

How long were you with HDI and what was your role?

In 2013, Harold invited me to be the Bioethics Specialist for the National Center for Prenatal & Postnatal Resources, which is based out of HDI.

During your time at HDI, of which accomplishments are you most proud?

When I began, the National Center had publications that were focused on Down syndrome for new and expectant parents. We have since expanded our publications in a variety of ways. We cover several other conditions, such as Turner syndrome. Our publications have been translated into multiple languages, including Japanese and French Canadian. And, when we began, our materials were in print but we have since made them available online.

Looking back, can you please share with us a fun or fond moment you had at HDI?

Harold, my colleague Stephanie Meredith, and I present and exhibit about our materials at national medical and condition support conferences around the nation. I am always impressed at Harold’s enthusiasm and Stephanie’s professionalism when we are talking with doctors, geneticists, and parents at these conferences.

Do you have any advice you would like to share with current and future staff and students at HDI?

It’s not exactly advice, but I am grateful for the work done by the staff at HDI, where they are working to make our world a better place for all of us, including those with more obvious special needs.

What do you think the future holds for HDI?

If the past is a predictor, then I expect in the future even more expansion in terms of staff, programs, and reach of their programs.