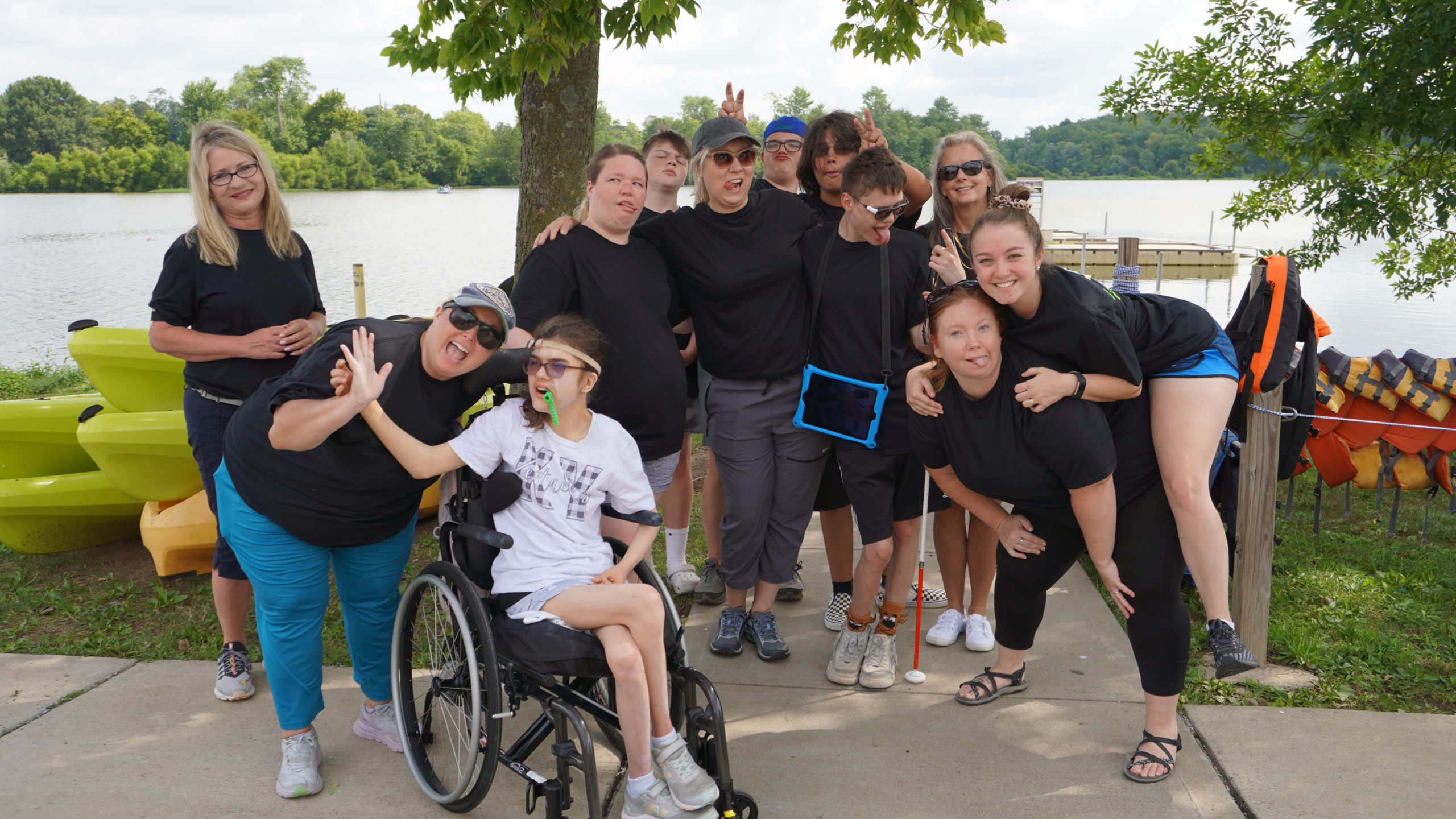 For each of the past seven summers, DeafBlind young adults across Kentucky have come together for Expanded Core Curriculum (ECC) Week, a five-day recreational learning experience hosted by the Kentucky DeafBlind Project (KDBP), which serves those born with some combination of vision and hearing loss from birth through age 22. KDBP is a grant-funded initiative housed in the UK College of Education.

This year, the six students who participated in ECC Week formed friendships at a baseball game, worked in teams on paddle boats, cheered each other on at a rock climbing gym, and gained hands-on experience in a range of life skills including budgeting, grocery shopping, and cooking.

At the beginning of the week, each student was given a swipeable card loaded with $200. The students budgeted the money throughout the week as they ventured to restaurants and excursions, along with planning, shopping for, and cooking their own meal.

Corinne Miller, KDBP consultant, believes in the importance of autonomy–that the teens and young adults they work with should have access to information needed to make informed decisions for themselves.

Miller says that at home, of course we want to avoid mess, but students must be allowed to fail in order to learn. After the students planned a meal together, navigated the grocery store, and paid for their own ingredients, at least three egg yolks were on the floor, perfectly encapsulating exactly what ECC Week is about.

“[The students] had complete decision making, power, independence, and patience from support providers to learn, to do, and to take the time they needed,” said Tara Eversole, an ASL interpreter from the Office of Vocational Rehabilitation, employed by UK Human Development Institute. Eversole worked closely with students and staff throughout ECC week.

Alex, an ECC Week student, played the position of catcher in the students’ tee ball game on the Lexington Legends field. Miller stood behind Alex, making a diamond shape on his back and using a finger to point out where the ball had been hit to. Eversole, who was in the outfield, recalls hearing Alex exclaim, “Hey, I like that!”

“He had used Haptics,” Eversole said, naming the communication system. “That’s something that could really be utilized in his future, and maybe he didn’t know it. So there’s a lot of education and opportunity for incidental learning through touch.”

Another student, Peyton, was referred to KDBP at the end of 2021. Peyton has Usher Syndrome, a genetic condition affecting both hearing and vision. While he has worn hearing aids for most of his life, his vision loss has worsened more recently.

“We just knew that he had to come to ECC week with us, because he was just so cool,” Miller said.

Emma Riley, who works with the Department of Education, was one of many community partners involved with KDBP during ECC Week. Riley also has Usher Syndrome. Throughout the week, Riley taught Peyton various techniques for adapting to his new vision loss, such as how to work with service providers to find items in a grocery store while maintaining independence.

“It was a great opportunity for [Peyton] to see somebody that he could look up to and see her successes in life and where she’s at,” Miller said.

KDBP staff wanted to emphasize the social aspects of ECC Week this year, especially after running a virtual session in 2021. Not only did the students support each other on the rock wall and create tactile scrapbooks together at the end of the week, but their parents had the opportunity to mingle at a parent social.

KDBP works in collaboration with many people across the state including specialists from the Office of Vocational Rehabilitation and the Department of Education, interpreters from the Human Development Institute, teachers of the visually impaired, teachers of the Deaf and hard-of-hearing, occupational therapists, orientation and mobility specialists, and more.

A major function of the DeafBlind Project is to ensure that DeafBlind youth and their families know what resources are available to them. Families and medical providers interested in learning more about the Kentucky DeafBlind Project or ECC Week should contact Donna Carpenter, project coordinator, at donna.carpenter@uky.edu or 859-257-6063.